In 2009 and 2010 I worked with Greg Niemeyer, an Associate Professor of Art Practice, and Reza Naima, a Biomedical Engineering PhD Student, on an international network of air quality monitors. Greg had been working on iterations of the project for quite some time and brought me on to program some front-end visualizations for the sensors readings.

Later on, we paired up with Chris Chafe at Stanford to create generative music from the air quality readings, as described in this <link needed>WIRED blog post<link needed>. A video of the interface is embedded below, along with an early mock up of the web UI and a picture of one of the original sensors in Shanghai.

The UI was written with the Adobe Flex Framework in ActionScript 3.0, with backend Perl scripts handling the data management and networking. 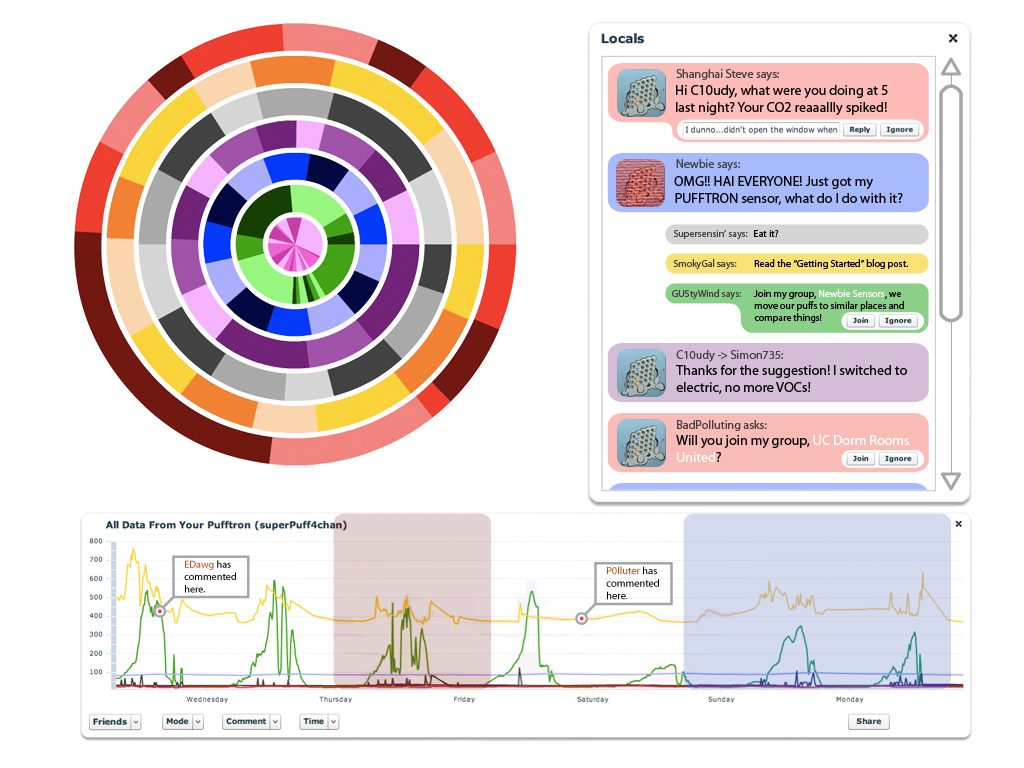